Merck could now be liable for potentially billions of dollars in damages.  If found guilty of this crime against humanity, lifetime imprisonment or a public beheading of the CEO of Merck, and all others involved in the fraud is advised. 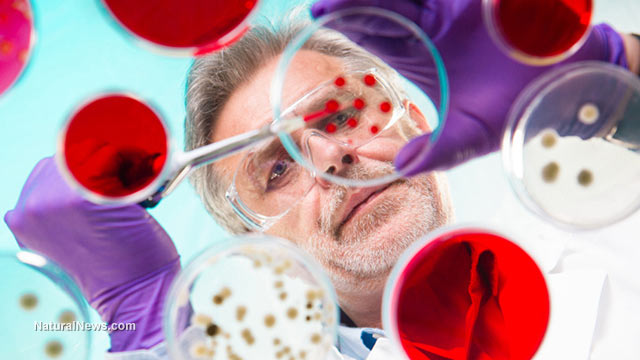 In the midst of a complete media blackout on reasons to be skeptical of vaccines, two whistleblower Scientists working for Merck filed a 2010 lawsuit that has expanded in 2015 to a federal case: United States v. Merck & Co.  Despite the enormity of this crime against humanity, the mainstream media has been whisper quiet regarding the case and have chosen instead to attack people who question vaccines.  Former Merck Virologists Stephen Krahling and Joan Wlochowski claim that the Merck company engaged in the following behavior in a False Claims Act document in 2010:

Despite having virtually limitless amounts of money to blackmail judges and lawyers involved in the case, Merck was not able to have this lawsuit dismissed.  This in and of itself means the case against them is not only very solid, but we have some legitimately good people with humanity left in them who want justice for the criminal activities of pharmaceutical companies.

All of the original complaints made by the whistleblower duo have been upheld by the court, and Merck could now be liable for potentially billions of dollars in damages.  Additionally, I would like to suggest a public beheading of the CEO of the company, and anybody else with foreknowledge of the fraud that has undoubtedly cost people much pain and suffering.  The court documents state that Merck:

“…failed to disclose that its mumps vaccine was not as effective as Merck represented, (ii) used improper testing techniques, (iii) manipulated testing methodology, (iv) abandoned undesirable test results, (v) falsified test data, (vi) failed to adequately investigate and report the diminished efficacy of its mumps vaccine, (vii) falsely verified that each manufacturing lot of mumps vaccine would be as effective as identified in the labeling, (viii) falsely certified the accuracy of applications filed with the FDA, (ix) falsely certified compliance with the terms of the CDC purchase contract, (x) engaged in the fraud and concealment describe herein for the purpose of illegally monopolizing the U.S. market for mumps vaccine, (xi) mislabeled, misbranded, and falsely certified its mumps vaccine, and (xii) engaged in the other acts described herein to conceal the diminished efficacy of the vaccine the government was purchasing.”

One of the biggest advertisers of the media, with one of the biggest lobby groups to bribe politicians is Big Pharma.  Unwrap this system of corruption and you begin to see that those with money own the press, and it’s unfortunate that so many people unquestioningly accept what they are fed from mainstream news sources.  Television is an amazing mind control weapon, and the fact that so many believe vaccines are safe and effective is testament to both the manipulation and concealment of important information by the news media.

It’s easy to conclude that their motives are for money, but I would suggest that they go beyond money, because they already have all the money in the world.  They want to dumb you down with chemicals toxins inside the vaccines, and they want you sick so you cannot properly think and resist the New World Order agenda being pushed on the world.  Too bad for the conspirators that they have underestimated humanity’s resilience, morality, intelligence and the power of the human spirit to overcome any challenge or conspiracy, no matter how grand it may be.