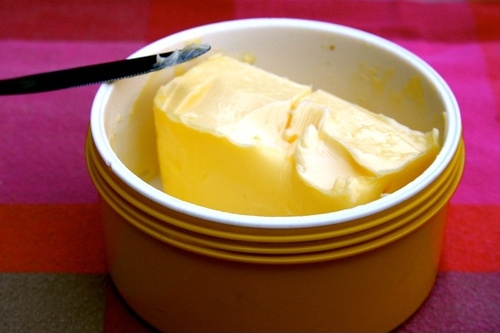 “The fact of the matter is, we’re going to see, that butter will once again become the #1 health food.”
– Dr. Donald Miller, Cardiac Surgeon

The origins of butter go back thousands of years to when our ancestors first started domesticating animals. In fact, the first written reference to butter was found on a 4500- year old limestone tablet illustrating how butter was made.

In India, ghee (clarified butter) has been used as a staple food, and as a symbol of purity, worthy of offering to the gods in religious ceremonies for more than 3000 years.

The Bible has references to butter as the product of milk from the cow, and of Abraham setting butter and milk from a calf before three angels who appeared to him on the plains of Mamre.

For millennia, people around the globe have prized butter for its health benefits.

How Did Butter become the Villain?

At the turn of our century, heart disease in America was rare. By 1960, it was our number one killer. Yet during the same time period, butter consumption had decreased – from eighteen pounds per person per year, to four.

A researcher named Ancel Keys was the first to propose that saturated fat and cholesterol in the diet were to blame for coronary heart disease (CAD).

Numerous subsequent studies costing hundreds of millions of dollars, have failed to conclusively back up this claim.5

When the baby boomers were children, concerned mothers began to replace butter with margarine. The margarine

manufacturers told them it was the healthier alternative and mothers believed them. In those days no one asked, “where is the science to prove it? I want to know before I give this man-made, plastized stuff to my children. After all we humans have been eating butter for thousands of years?”.

As a result, since the early 1970’s, Americans’ average saturated fat intake has dropped considerably, while rates of obesity, diabetes, and consequently, heart disease, have surged.

Reducing healthy sources of dietary fat has contributed to a serious decline in our well-being, and those of us that speak out against the anti-fat establishment are still largely ignored .

Is Margarine Better than Butter?

No! This is a tragic myth. Butter is a completely natural food essential to your health – especially when you eat organic.  Make the extra effort to obtain high-quality organic, raw butter.

Margarines, on the other hand, are a processed food, created chemically from refined polyunsaturated oils. The process used to make these normally liquid oils into spread-able form is called hydrogenation.

Margarine and similar hydrogenated or processed polyunsaturated oils are some of the most deadly poisons you can put into your body.

The 20 Health Benefits of Butter

Raw, Organic Butter is the Best

Believe me this is only a partial list. If a woman is pregnant, hopes to become pregnant or is nursing her baby, I think it should even become a law for her to eat butter for her baby’s developing brain, bones and teeth.

The best butter you can eat is raw, organic butter from grass-fed animals because pasteurization destroys nutrients.