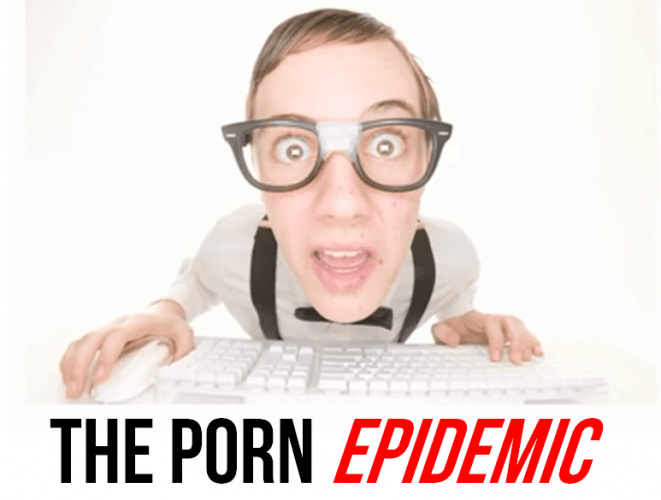 The widespread use of internet pornography is one of the largest experiments on human sexuality ever undertaken.

When a ram was given a single partner, with each subsequent sex session, he began to lose interest, as evidenced by the increased time it took to ejaculate.  But when that ram was given a novel partner after each session, he would continue to fertilize the female rams within 2 minutes flat – over and over again.  As long as there was a novel partner given to the ram, in fact, he would have sex until the point of complete exhaustion.  That’s the Coolidge effect and it’s the same mammalian mating program running in the minds of humans and all mammals.  Pornographers know this.  This is why we have virtually unlimited novelty at the click of the button.  This is why modern porn via online video streaming is so compelling and why the drug of pornography is one of the most addictive and damaging.

“Constant novelty at a click can cause addiction.”
– Dr. Gary Wilson

It’s from this desire that a phenomenon called NoFap has arose.  NoFap includes tens of thousands of guys who congregate among many forums and websites on the internet, including bodybuilding forums, health forums and nofap websites to motivate eachother and share their experiences.

“I feel like the next Sir Isaac Newton or Leonardo da Vinci.  Since I quite a month ago I’ve literally started a business, taken up piano, been studying French everyday, been programming, drawing… and have more awesome ideas than I know what to do with.  My confidence is sky high.  I already feel like I can talk to any girl.  I’m the same guy who took two and a half extra years to graduate from college because of procrastination and depression.”
– A male in his 20s

“A few words on how life is after almost a month without orgasm.  I am amazed!  I feel more confident than ever especially at work, with its many demands and stresses.  I have been able to keep lucid and cool, despite a heavy workload and pressure recently.  I manage to socialize effortlessly, while normally doing so is effortful for me.  In general, I feel as if the world at large is nicer to me; people tend to respond and interact positively with me.”
– Stan

After my first experience with ED, I realized I needed some big changes in my life.  Here are the strategies I tested:

“The road to excess leads to the palace of wisdom… For we never know what is enough until we know what is more than enough.”
– William Blake

“I have given up orgasms for about six weeks, and the withdrawal, as it turns out, was harder than cocaine, opiates, booze, or nicotine.  I spent a solid week weeping every night after returning from the university where I teach.  I couldn’t sleep, and I had almost zero appetite.  The thought of dating made me want to curl up into a ball and quit.  But here I am.  I feel free.  [Six months later] I have fallen in love just this month.  We are taking things slower than I’ve ever done before in my life, which is totally rewarding on all levels of my being!”
– Andy

Can red light therapy reduce addiction withdrawal symptoms and help people recover more quickly?  Here’s a 2008 study on the use of red light therapy for helping smoking addicts quit, published in the Journal of Chinese Medicine.

Low Level Laser For The Stimulation Of Acupoints For Smoking Cessation: A Double-Blind, Placebo-Controlled Randomised Trial And Semi-Structured Interviews

Aim: to determine whether the application of laser acupoint stimulation to previously reported effective ear and body acupuncture points was successful in reducing the physical symptoms of withdrawal, so promoting a complete cessation of smoking.

Design: The method used was that of a double blind, randomised controlled trial and semi‑structured interviews. Adult volunteers (n=415) were recruited following a television appeal. After initial screening and application of inclusion/exclusion criteria the volunteers (n=387) were randomly allocated to either of the treatment groups A or B or C. Intervention: Three laser therapy treatments on days 1, 3 and 7 of the programme and one sham treatment on day 14 (Group A) or 4 laser treatments carried out on days 1, 3, 7 and 14 (Group B) or Group C with four sham treatments on days 1, 3, 7 and 14. Sham treatments used an inactive probe identical in appearance to active probe.

Findings: Groups A and Group B participants achieved a higher rate of non smoking than Group C. Of the two groups, four treatments (Group B) was more effective than the three treatments (Group A). The differences in the non smoking behaviors of all three groups were statistically significant. Subjective data reported a lessening of withdrawal symptoms after laser treatment.

Conclusions: Laser acupoint stimulation can assist in smoking cessation by reducing the physical symptoms of withdrawal.

All of my videos, podcasts and articles are free.  If you like my work and want to support my show you can do so by buying one of my books or red light therapy devices below.