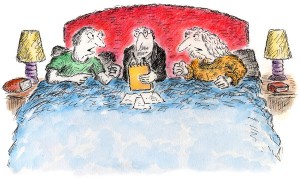 Each year, hundreds of thousands of couples go into counseling in an effort to save their troubled relationships.

But does marital therapy work? Not nearly as well as it should, researchers say. Two years after ending counseling, studies find, 25 percent of couples are worse off than they were when they started, and after four years, up to 38 percent are divorced.

Many of the counseling strategies used today, such as teaching people to listen and communicated better and to behave in more positive ways can help couples for up to a year, say social scientists who have analyzed the effectiveness of several treatments. But they are insufficient to get couples through the squalls of conflict that inevitably recur in the long term.

At the same time, experts say, many therapists lack the skills to work with couples who are in serious trouble. Unable to help angry couples get to the root of their conflict and forge a resolution, these therapists do one of two things: They either let the partners take turns talking week after week, with no end to the therapy in sight, or they give up on the couple and, in effect, steer them to divorce.

“Couples therapy can do more harm than good when the therapist doesn’t know how to help a couple,” said Susan M. Johnson, professor of psychology at the University of Ottawa and director of the Ottawa Couple and Family Institute.

One couple, in Boonton, N.J., saw two marriage counselors over 13 years.
“One therapist hurt our marriage and actually caused our separation,” said the husband, Jim, who did not want his last name used out of concerns for his privacy.

“She told my wife, ‘You don’t have to put up with that,'” referring to his battle with alcoholism, he said.

To be sure, many couples credit counseling with strengthening their marriages. And therapists say they could save more marriages if couples started therapy before their relationships were in critical condition.

“Couples wait an average of six years of being unhappy with their relationship before getting help,” said John Gottman, emeritus professor of psychology at the University of Washington and executive director of the Relationship Research Institute in Seattle.

Los Angeles-area marriage counselors said that, with patience and commitment, therapy can help keep many couples together. Success rates might appear low because couples entering therapy often have significant problems, said Gary Stollman, a therapist with a practice in Beverly Hills.

“You can’t compare the divorce rate with unhappy couples with happy couples that don’t seek therapy. If you already have something that is beyond repair, it will dissolve.”

For counseling to be effective, the counselor and he couple must reach the core issue of the problem, which takes time and trust, said Sydelle Menashe, a therapist with a Woodland Hills-based practice. Both members of the couple must be committed to making the relationship work, too, Menashe said.

“If people come in, the first thing I need to know is, are they both committed to the marriage,” Menashe said. “If one is not committed and one is, then it won’t work. I’ve been counseling individuals, couples, children and families for over 30 years with excellent results and very few divorces.”

In the past few years, efforts to find ways to save more marriages and other long-term relationships have increased.

With an experimental approach called integrative behavioral couples therapy, for example, 67 percent of couples significantly improved their relationships for two years, according to a study reported in November to the Association for the Advancement of Behavior Therapy.

Instead of teaching couples how to avoid or solve arguments, as traditional counseling techniques d, the integrative therapy aims to make arguments less hurtful by helping partners accept their differences. It is based on a recent finding that it is not whether married people fight but how the y fight that can destroy a relationship.

Especially encouraging, all of the couples in the study were at high risk of divorce. “Many had been couples-therapy failures,” said Andrew Christensen, a professor of clinical psychology at UCLA and the lead author of the study.

But some experts who were trained as couples therapists have now become so disillusioned that they question the value of couples therapy in any form. They say couples are better off taking marriage education courses – practical workshops that teach couples how to get along and that do not ask them to bare their souls or air their problems to a third party.

Three types of couples therapy have been found to improve people’s satisfaction with their marriage for at leas a year after the treatment sends.

The oldest approach, developed more than 20 years ago but still widely used, is behavioral marital therapy, in which partners learn to be nicer to each other, communicate better and improve their conflict-resolution skills. Another, called insight-oriented marital therapy, combines behavioral therapy with techniques for understanding the power struggles, defense mechanisms and other negative behaviors that cause strife in a relationship. With each method, about half of couples improve initially, but many of them relapse after a year.

A relatively new approach that studies have found highly effective is called emotionally focused therapy, with 70 percent to 73 percent of couples reaching recovery – the point where their satisfaction with their relationship is within normal limits – for up to two years, the length of the studies.

Johnson, who helped develop emotionally focused therapy in the 1990s, said it enabled couples to identify and break free of the destructive emotional cycles that they fell into.

“A classic one is that one person criticizes, the other withdraws,” she said. “The more I push, the more you withdraw. We talk about how both partners are victims of these cycles.”

As the partners reveal their feelings during these cycles, they build trust and strengthen their connection to each other, she said.

Surprisingly, Johnson said, until emotionally focused therapy came along, therapists were so intent on getting couples to make contracts to change their behavior that they did not delve into the emotional underpinnings of a relationship.

“It was like leaving chicken out of chicken soup,” she said.

Researchers have begun to identify which qualities in a couple make for a lasting relationship.

The happy couples punctuate their arguments with positive interactions, he said, like interjecting humor or smiling in fond recognition of a partner’s foibles. The unhappy couples have corrosive arguments, characterized by criticism, defensiveness and other negative words and gestures.

Learn more with Books about Relationships: