The scientific world has good news for those who like nothing better than to curl up with a good novel. You already know that reading can delight, transport and intrigue you, but now you can add another benefit to this list: reading a novel actually enhances connectivity within the brain. 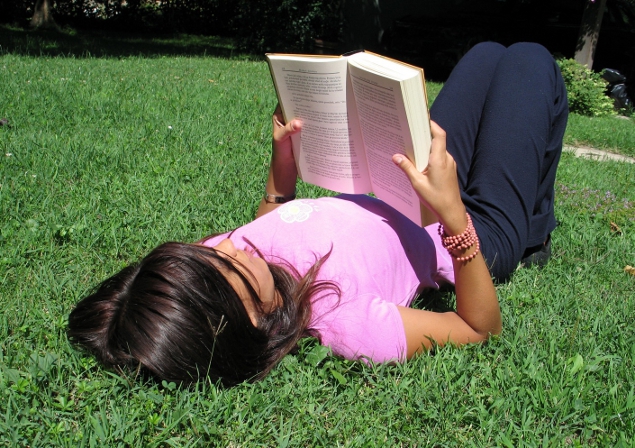 Researchers at Emory University knew some books make significant impressions on people and can change the way they think, so they sought to determine if these alterations in thought or viewpoint could be correlated to physical changes in the brain. In the study published in Brain Connectivity, they found reading a novel stimulates positive changes in the brain, some of which may linger at least five days afterwards.

A group of 19 participants was required to read 1/9th of the thriller Pompeii by Robert Harris for nine consecutive days. Researchers used magnetic resonance imaging (MRI) to scan their brain prior to the study to obtain a baseline evaluation. The brains of the participants were also scanned on every day of the reading as well as on each of five days following the completion of the book.

On the days the participants read the novel, the MRIs identified three different networks within the brain that had a significant increase in connectivity. Two of the areas were involved in perspective taking and story comprehension. The improvements in these networks diminished following the end of the nine days of reading.

What do these changes mean?

Lead author Gregory Berns explains the results “suggest that reading a novel can transport you into the body of the protagonist”. In other words, the activity can put you in another person’s shoes and ignite your imagination in a manner similar to the visualization of a muscle memory in sports. For example, thinking about baseball can stimulate the neurons associated with the actual act of playing baseball.

In discussing the import of the study, Psychology Today says the findings confirm that people should be encouraged to read more and watch television less (a ..novel thought, don’t you think?) They say the ability to live vicariously through a novel improves what they call “theory of mind”, which is to understand and empathize with the viewpoint of another. The fact is that reading a novel can enhance brain function in different ways.

Of course, you may be one of those reading buffs out there who need no encouragement to read. You know who you are. Bookstores and libraries are two of your favorite haunts. You eagerly await the latest release of one of your best-loved authors, so you can devour it like a confection. This is particularly good news for you. All those hours you spend in sublime bliss, enrapt in a murder mystery, romance or historical drama are actually improving your brain.