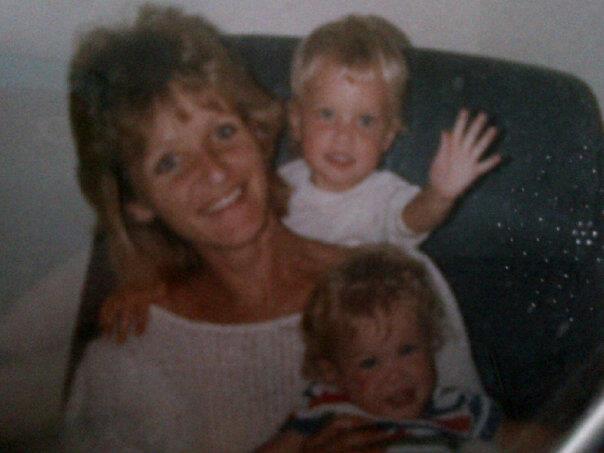 This is the story of how I lost my mother to cancer at age 12, and how I turned tragedy into opportunity – and the legacy of my mother from a victim of cancer to a hero who inspired her son to save lives and change the world.

My entrance into this world came on mother’s day in the spring of 1985 – and it came in epic fashion. With my mother’s umbilical cord wrapped tightly around my neck, nurses and doctors scrambled to free me from my umbilical neuse before it was too late. I can only imagine how my parents must have felt as they watched the doctor yank me from the womb and race to uncoil the cord from my neck. Fortunately, the efforts of the medical personnel paid off and my mother and father had a brand new son.

From left to right:
Me, my mother and my sister

Growing up in Ontario, Canada with my parents and sister was not unlike that of your typical two-child family, but we were unique in some ways. One of the things that separated us from the herd was that my father ran his own business, which he started from scratch after finding out he and my mother had their first baby on the way. He knew the job he had couldn’t provide the life he wanted for his family, so he risked everything and made it happen. While working day and night trying to build a successful business, my mother spent her time cooking, cleaning and taking care of my sister and I at home.

I had a great set of friends. I remember playing street hockey with them like it was yesterday. After putting down the sticks we would play tag, swim, light fires and most days you could find me riding my 3-wheel ‘big wheelie’ bike. In winter, we would carve tunnels into the mountain of snow piled high at the top of our street and whiz snowballs at each other. Aside from having to wake up early to attend school and the uncomfortable reality that success in school seemed to be about mindlessly repeating what we were told, things were going well. But as we all learn eventually, life is fragile, and things can change in an instant.

My Mother’s Battle with Cancer

On a cold morning in grade 7, my father sat my sister and I down on the couch in the living room and told us he had an announcement to make. Although I was hoping to hear about an upcoming family vacation somewhere warm, I knew by his expression that the news was not going to be good.

He told us our mother had cancer. 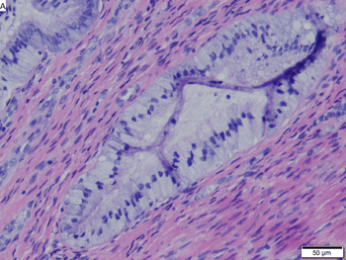 Cervical adenocarcinoma in situ as seen through a microscope.

The cancer was on her cervix and only about the size of a baby fingernail; and although I didn’t know much about cancer at the time, hearing that doctors had detected it early and were going to rush her in for surgery and radiation made me feel hopeful.

Then our father told us it was too much for him to run a business and be a father and a mother to us at the same time, so he was flying in our aunt Kim from Alberta to help out for a number of months while mom recovered. My sister and I were both big fans of our aunt Kim and uncle Bob from out west, so we felt like we had just won the lottery. 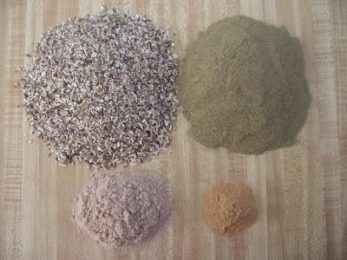 Following surgery and radiation treatments, doctors assured us they ‘got it all’ and that my mother was cancer-free. My father wanted to make sure the cancer wasn’t going to return so he took her to the best naturopathic doctor he knew, who put her on a number of dietary supplements. My father also did some research of his own and discovered Essiac – the famous 4-herb tea blend that nurse Renee Caisse of Bracebridge, Ontario had used to allegedly cure cancer patients for about 50 years until her death in 1978. He ordered the herbs and brewed them carefully following the instructions and administered it to my mother a number of times.

Unfortunately, after my mother’s surgical and radiation therapy treatments, cutbacks at the hospital prevented us from having further testing done to assess her health. Eight months later, when we were finally able to have doctors run some follow-up tests, they encountered an aggressive cancer in her hip area: doctor’s recommended chemotherapy and more radiation. Feeling afraid and out of options, we rushed her in for treatment once again.

The dramatic decline of her health following chemotherapy and radiotherapy treatments was obvious. I remember lying in bed late at night at the age of 11, hearing her pace back and forth in the living room below, struggling not to cry so we could sleep undisturbed. I don’t think she knew it at the time but I could hear every sob, every whimper and every call out to God to put an end to her suffering.

Why was my mother in pain? I thought we had some of the best doctors in the country using the best treatments available to heal her, yet everything the doctors had done just seemed to make things worse. I felt angry and confused.

After a few long and difficult months, I woke up one morning to a scene in my living room that I will never forget: with tears rolling down his cheeks, my father sat my sister and I down on the couch next to aunt Kim and told us our mother was gone. I felt shocked and overwhelmed. I remember holding my breath to try and avoid feeling the intense emotions welling up inside me.

Dad spoke about the scene in the hospital earlier that morning right before our mother had died. Together with her mother and father, her five brothers and sisters and a priest from our local church, they formed a circle around her hospital bed and prayed. Aunt Kim told us the presence she felt in the room during those last moments was unlike anything she had experienced before. Dad agreed. The very last thing my mother did while laying on her hospital bed, he added, just seconds before exhaling her final breath and being received by God, was lift her arms straight up towards the heavens above.

Losing my mother was like losing my biggest fan; it was the ultimate setback in my development growing up, and it happened at the worst possible time – right before starting high school. What’s worse, every time I was around people I felt like my emotions needed to be kept secret; like I needed to pretend that I was okay, and that if anybody ever truly understood how I felt, they wouldn’t want to be around me because it would be too uncomfortable for them.

My family and I tried counseling, but I knew the therapist was only there because he was getting paid, so it ended up making me feel even angrier. I needed my mother – not some imposter pretending to care. My bottled up emotions had no place to go, so inside they remained. I accepted an award for diligence and determination at grade 8 graduation and moved on to highschool.

At highschool, I spent most of my time in the weight room; every lunch, every break, and sometimes I would even skip class to workout. I loved it in there! I felt like once again I had a group of friends I could trust; friends who shared a similar interest in fitness and were striving to become something better. Strength training provided me with the opportunity to continually challenge myself and break through my own limitations. It was in the gym where I first discovered that although there were plenty of guys who were bigger than me, none of them could outwork me. I remember in grade 11, weighing just 160lbs, my record shoulder press was 110lbs in each hand for 8 reps.

But far more than any muscle or strength I happened to gain, the weight room was the first place I had known where it was both safe and beneficial for me to express my anger. Finally I had found a way to channel the throbbing stockpile of emotions inside me into something useful; something that would benefit me and perhaps inspire others.

After graduating high school, I went on to college and earned a diploma in Fire Sciences. Along the way I learned a few things: First, very little of what was taught in the course was actually useful for preparing me to work as a firefighter. Somehow going into a 100% concrete structure with fire gear on and spraying water onto a steel crate of burning wood doesn’t quite capture the reality of a fire scene. Secondly, even though I had the fastest time running up and down stairs with a hose on my back during tryouts for the Firefighter Combat Challenge, I learned that firefighting is a political man’s game – and since I don’t play games, someone slower got the spot on the team instead. Last but not least, the most valuable lessons in college are learned outside of class. In my final year, one of my roommates showed me a documentary that made me question my entire reality and the world around me. I wasn’t sure if the information was true or not, but I knew I had to find out.

From an early age I had been drawn towards books on self-help and nutrition. I loved the fact that I could read about different theories and then test them myself to see what worked and what didn’t. Constant and never-ending improvement was the path I was on from the beginning and I never had any doubt that I could change the world or accomplish whatever I wanted to in life.

An Obsession With Learning

With the age of the internet in full swing, suddenly I found myself on a quest for truth; broadening my horizons and obsessively exploring all avenues of research I could find – in books, articles and documentaries – for 8, 10, sometimes 12 hours or more per day. I also spent a lot of time integrating this newfound knowledge into my own articles and documentaries, then sharing my work with whoever was interested through my website and the power of social media. Almost 10 years after my search for truth began – it hit me.

In return for this gift, I made a promise to her in my heart that I would find the cause and cure for cancer so that no child would have to go through what my sister and I did, ever again. I knew that once I found the answers and shared them with the world, the legacy of my mother would transform from a victim of cancer to a hero who inspired her son to save lives and change the world. 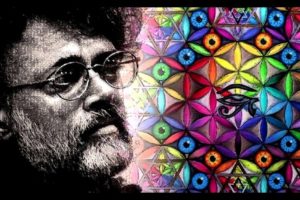 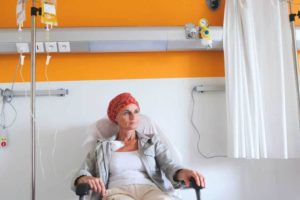 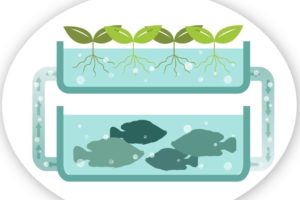 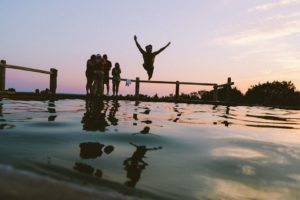 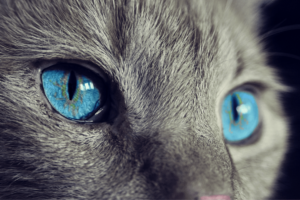 The Healing Power of Cat Purrs