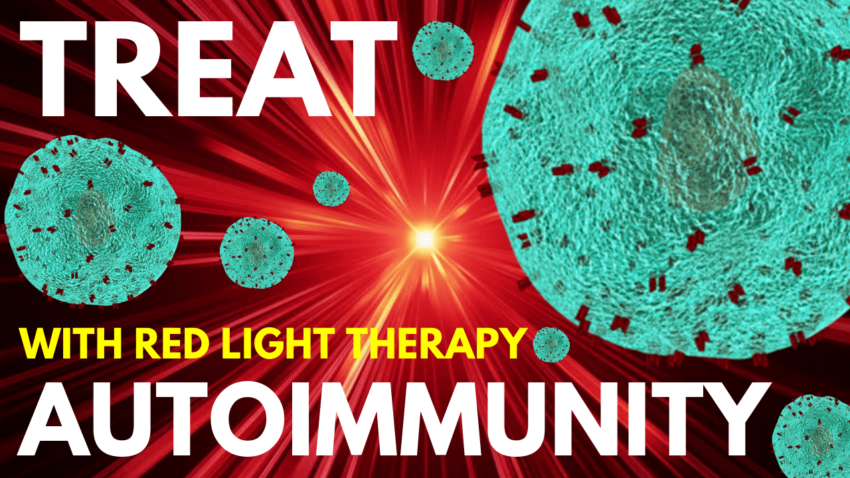 Autoimmune disease affects 23.5 million people in the US and millions more worldwide, yet the medical industry has no idea what causes it.  They believe that in people with autoimmune disease the immune system has run amok and has begun attacking the patient’s own tissues.

If autoimmune disease is genetic then why does an injection of the hormone estrogen causes the same “autoantibodies” found in autoimmune patients to appear?

As with most diseases, the scientific evidence paints an entirely different picture than what the public is told.  The evidence shows that the body’s own immune system isn’t attacking its own tissues at all, but rather cleaning up a mess caused by dead cellular debris.  When talking about autoimmune disease, what we’re really talking about is widespread tissue damage in the body.

In this presentation, you’ll learn in complete detail what autoimmune disease is and how to prevent or reverse it safely and effectively with a number of approaches, including dietary modifications, natural supplements, medical drugs and red light therapy.

The mainstream theory of autoimmune disease is that for some unknown reason the immune system has begun attacking the body. A doctor might tell you researchers are still searching for the genes that cause autoimmune disease but the reality is they’re never going to find them, because what’s happening has nothing to do with genetics.

Autoimmune diseases are diagnosed using blood tests that search for antibodies (also called autoantibodies).  If the test reveals autoantibodies for a specific tissue, the doctor interprets that to mean the immune system is trying to destroy that tissue.

All mainstream medicinal treatments for autoimmune disease focus on poisoning the immune system.  Of course, as a result of these highly toxic treatments the patient’s overall health is made worse in the end.

AIDS (Acquired Immunodeficiency Syndrome) is a disease of immune deficiency as the name suggests.  Yet for a long time researchers have noticed the striking similarity between AIDS and autoimmune diseases.

“AIDS most strikingly presents with various autoantibodies including those directed against both red and white blood cells,”[1] and many other autoantibodies “including anti-cardiolipin, anti-beta2 GPI, anti-DNA, anti-small nuclear ribonucleoproteins (snRNP), anti-thyroglobulin, anti-thyroid peroxidase, anti-myosin, and anti-erythropoietin antibodies.”[2]

Since autoimmune diseases are diagnosed when autoantibodies to certain tissues are found on a blood test, then AIDS is basically an Autoimmune disease of the entire body.  But there’s a problem…

How could the immune system be simultaneously suppressed and in overdrive?

Indeed something is wrong with the theory of autoimmune disease.  The first step towards curing a disease is accurately understanding it and what is happening inside the body.  Let’s see if we can piece this one together.

One clue in helping us determine the cause of this disease is that the ratio of women to men who have autoimmune conditions is as high as 10 to 1.  Autoimmune disease is up to 10x more prevalent in women than in men.  In 1990, UK scientists wrote that “The female to male ratio is 9:1 in systemic lupus erythematosus and 4:1 in rheumatoid arthritis.”[3]

Could estrogen play a role in autoimmune disease?

It turns out, when you look at some of the most common autoimmune conditions you find that estrogen levels are almost universally increased in patients with these conditions.

Let’s go over some more evidence of estrogen’s role in this pathology.  Symptoms of autoimmune disease are worsened in women during menstruation.[9]  Of course, during menstruation in women, estrogen levels are known to be sky high.

Estrogen causes the increased levels of autoantibodies in the blood serum that doctors use to diagnose autoimmune disease.

Why are antibodies increased in the presence of estrogen?

The Truth About Autoantibodies

When a doctor sees “autoantibodies” for a specific tissue on a blood test, he or she thinks that’s evidence the immune system is targeting that tissue.  But another hypothesis backed by a mountain of evidence better explains the role of autoantibodies.

Japanese scientists wrote the following in 2009: “Here, we show that B cells, which produce antibodies to damaged tissues, are engaged in the process of wound healing.”  In this particular experiment, the researchers used splenectomized mice (mice that don’t have spleens/no B cells/can’t produce autoantibodies) and found that wound healing was delayed.  Then the researchers injected B cells into the mice to test the impact on healing.  “Transfer of B cells into splenectomized mice restored the wound repair ability.”[11]  In other words, antibodies are an essential component for healing damaged tissue; they are the immune system’s clean up crew for removing dead and damaged cellular debris.

“Rather than looking for foreign invading pathogens, this theory says it’s primarily cleaning up messes caused by anything which is pathogenic.  In one of the so-called autoimmune brain conditions, people demonstrated that the presence of the antibody to the brain tissue accelerates the recovery. So, cleaning up the mess is really constructive, rather than always being the cause of deterioration.”
– Dr. Ray Peat

How Does Estrogen Cause Damage?

There are many ways that estrogen damages the body.  Let’s go over a few of them now.

Estrogen activates the production of the catabolic stress hormone cortisol.[14]  Cortisol is the trigger for the breakdown of body tissues to be used for energy to cope with chemical or environmental stressors.  Cortisol’s catabolic effect is one of the primary mechanisms for the damage.seen in autoimmune diseases.

While the mainstream view of autoimmune disease believes that the antibodies seen in autoimmune patients are indicative of the immune system attacking its own tissues, another hypothesis indicates the pathology is something entirely different.

In “autoimmune disease” environmental chemicals, which exert an estrogenic effect on cells, activate the body’s stress hormones to begin catabolizing its own tissues in order to produce the energy required to deal with the toxic exposure.

A major player in autoimmune disease is cortisol, which destroys the thymus involved in immunity and shuts down the thyroid to slow the metabolism so the body doesn’t eat itself to death.  Cortisol is a catabolic hormone that causes tissue breakdown, and it’s this tissue breakdown that leads to a mess of dead cellular debris in the bloodstream which requires cleaning.

In a recent interview Russian researcher Georgi Dinkov summed it up nicely when he said, “Autoantibodies are there to get rid of the dead cellular debris because if it accumulates too much you’ll die of septicemia or some other kind of blood poisoning.”

In summary, the immune system response is occurring in people diagnosed with autoimmune conditions to clear up the debris caused by excessive tissue damage triggered by the stress response.  No matter where in the body a person is experiencing symptoms, the disease is always systemic and must be treated as such.

And if it’s true that autoimmune disease is caused by exposure to estrogenic environmental chemicals, then one would expect people with autoimmune diseases of all types to almost universally have liver disease.  Let’s put the theory to the test.  Some have called this ‘The Smoking Gun.’

Liver disease is common in people with virtually all autoimmune conditions:

All of these autoimmune conditions are accompanied by high rates of liver damage, which is exactly what you’d expect if these diseases are caused by exposure to large amounts of environmental toxins.

The following is a list of some of the most common estrogenic substances within our everyday environment.  Reducing your exposure to as many of these factors as possible will reduce your chances of getting autoimmune disease.

Here is some more information to give you a bigger picture about estrogen’s role in disease and the many other diseases it can cause.  In the early 1990s, the Women’s Health Initiative tested supplemental estrogen on women but was forced to stop early because patients began developing dementia, stroke, heart disease and cancer.[36]

In addition to avoiding estrogenic chemicals, certain nutrients, drugs and other factors can be used medicinally to counteract the effects of estrogen.  The following is a list of anti-estrogenic substances.

Oh and by the way, research has shown that a thymus gland that has been deteriorated by stress can be regenerated using estrogen (aromatase) inhibitors.[44]  This study brings hope to anybody who has been damaged by estrogenic substances that their immunity can be restored.  Here are some anti-estrogenic substances that can be used to detoxify estrogen from the body.

Mainstream medicine has no idea what causes autoimmune disease.  They insist the patient’s own immune system has begun attacking their tissues and their chosen remedy for the situation is to administer toxic treatments to try and defeat the naughty immune system.  Meanwhile, industry funded studies continue searching for a genetic explanation for the disease, even though a hormonal explanation has already been well established.

Anybody who thinks and examines the evidence for themselves, like we’ve done in this presentation, understands that autoimmune disease is really just a condition of widespread tissue damage caused by chemical activation of the stress response.  And to these self-determining people there are no shortages of safe alternative treatments available that work.

The logical way to remedy a situation in which the body is overburdened with estrogenic chemicals is to administer anti-estrogenic medicines that will help the body heal.  But instead mainstream medicine uses drugs that are estrogenic themselves and only serve to increase the presence of estrogen.  However, nobody is forcing the public to take their remedies.

Effective treatments to counteract estrogen dominance include thyroid hormone, progesterone, Red Light Therapy, Coconut Oil, aspirin and niacinamide.  All of these remedies are widely available to anybody who wishes to correct the root cause of the issue.

I hope you learned something from this presentation and that it helps you or someone you love eliminate the pathology that some like to call autoimmune disease. 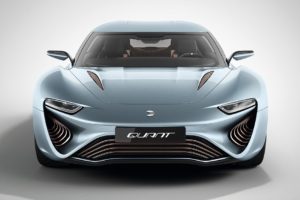 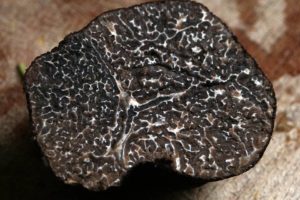 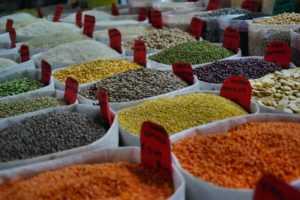 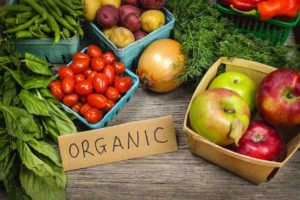 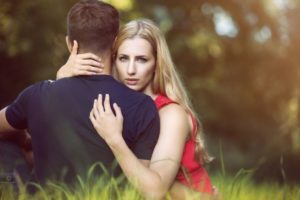 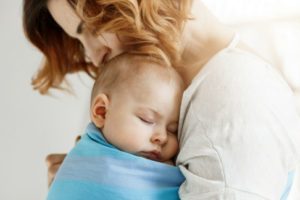